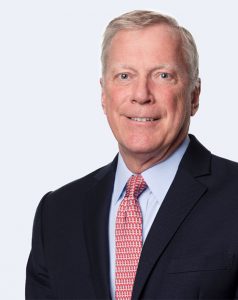 Mr. Grivner brings over 25 years of international executive and leadership experience, including 12 years operating at the level of Chief Executive Officer at major telecommunications companies in North and Central America, Europe, and Asia. Mr. Grivner will be based in London.

“We are very pleased to have someone of Carl’s caliber and experience to lead GCX,” said Jim Ousley, Chairman of GCX. “It was a great experience working together at Pacnet, and I am looking forward to the opportunity to work together again – along with our entire senior leadership team – to strategically lead and drive GCX’s next phase of growth and market leadership. In Carl, the Board has elected a proven technology and communications business leader”, Jim Ousley continued. “The Board would also like to thank Rory Cole, for his leadership during the recent transition of the company.”

“It is an exciting time to get back into submarine networks, as the demand for global bandwidth is multiplying, and there is an increasing need for fiber optic interconnectivity to support the rising global data traffic,” said Carl Grivner. “GCX is in a unique position to support the escalating bandwidth consumption across emerging markets as it owns and operates one of the world’s largest private submarine cable systems, which sets the foundation for a robust global service delivery platform. I am thrilled to join the GCX team. Together, we will capture the next waves of growth for GCX by remaining laser-focused on serving our customers, refreshing our technologies and solutions, while creating significant value for our shareholders”.

Mr. Grivner also serves on its Board of Directors. He previously was the CEO of Colt Technology Services. Before joining Colt, he served three years in Singapore as CEO of Pacnet, directing the global strategy of one of Asia’s leading end-to-end communications service providers. Previously, Mr. Grivner held leadership positions for numerous companies, including Cable & Wireless plc, Ameritech, and IBM.

Global Cloud Xchange (GCX) offers network services which power digital transformation for enterprises, new media providers, and telecoms carriers. We cover all aspects of cloud-centric connectivity from managed SD-WAN and hybrid networks, to direct Cloud connections and 100 Gbps+ waves. With a pedigree going back 30+ years, GCX are experts in providing connectivity throughout the Emerging Markets Corridor into Asia via the vast GCX subsea network (the world’s largest private submarine cable network), with extensions available into more than 200 countries worldwide.

< BACK TO MEDIA CENTER